The full schedule of colloqium session is available here.

The Colloquium is chaired by Prof. Ruti Teitel 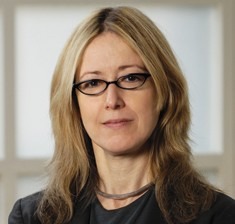 Director Of The Program

An internationally recognized authority on international law, international human rights, transitional justice, and comparative constitutional law, Ruti Teitel is the Ernst C. Stiefel Professor of Comparative Law at New York Law School. She is a Visiting Fellow at the London School of Economics and Affiliated Visiting Professor at Hebrew University of Jerusalem.

Her path-breaking book, Transitional Justice (Oxford University Press, 2000), examines the 20th century transitions to democracy in many countries. Born in Argentina, Professor Teitel’s interest in the topic grew out of the dilemmas confronting that society in the transition out of junta rule. Her book explores the recurring question of how new regimes should respond to past repression, contending that the law can play a profound role in periods of radical change in advancing a new sense of legitimacy.  In 2012, she published Humanity’s Law (OUP, 2012) setting out a paradigm shift in international affairs. Her latest book is Globalizing Transitional Justice (OUP 2014) which explores the last decade in the evolution of the field.

Her extensive body of scholarly writing on comparative law, human rights, and constitutionalism is published in many law reviews, including “Does Humanity Law Require (or Imply) A Progressive Theory of History? (And Other Questions for Martti Koskenniemi)” (Howse Rob co-author), “Rethinking Jus Post Bellum in an Age of Global Transitional Justice:  Engaging with Michael Walzer and Larry May,” “Beth Simmons’s Mobilizing for Human Rights:  A ‘Beyond Compliance’ Perspective,” (co-authored with R. Howse), “Posner’s Missing Concept of Law," (coauthored with R. Howse), "Beyond Compliance: Rethinking Why International Law Really Matters," (coauthored with R. Howse), “The Law and Politics of Contemporary Transitional Justice” and “Humanity’s Law: Rule of Law for the New Global Politics,” both in the Cornell International Law Journal, as well as “Comparative Constitutionalism in a Global Age” in the Harvard Law Review. She has contributed dozens of book chapters to published volumes relating to law and politics, including “Transitional Justice and the Transformation of Constitutionalism,” in the Comparative Constitutional Law Handbook (ed. Rosalind Dixon and Tom Ginsburg, Edward Elgar 2011 ); “Global Justice, Poverty and the International Economic Order,” in The Philosophy of International Law (Samantha Besson and John Tasioulas, eds., Oxford University Press 2010) (coauthored with Rob Howse) ; “The Transitional Apology” in Taking Wrongs Seriously: Apologies and Reconciliation (Stanford University Press, 2006), “Transitional Rule of Law” in Rethinking the Rule of Law After Communism (CEU Press, 2005), “Empire’s Law: Foreign Relations by Presidential Fiat,” in Sept. 11 In History: A Watershed Moment? (Duke University Press, 2003), and “Transitional Justice as Liberal Narrative” in Transnational Legal Processes: Globalisation and Power Disparities (Butterworths 2002). She also writes on human rights issues for a broader audience, having published in The New York Times, Legal Affairs, Findlaw.com and Project Syndicate. She serves on the Board of Editors of Oxford’s International Journal of Transitional Justice, of the Journal, Humanity as well the Editorial Advisory Board of the Interdisciplinary Journal of Human Rights Law.

She is founding co-chair of the American Society of International Law's Interest Group on Transitional Justice and Rule of Law, a life member of the Council on Foreign Relations, and a member of the ILA International Human Rights Law Committee.  Prof. Teitel is also on the Board of the London Review of International Law.  Last year, she was a Straus Fellow-in-Residence at New York University Law School’s Straus Institute for the Advanced Study of Law and Justice (2012-2013).

Founder of Adalah and General and Legal Director

Hassan is the founder of Adalah. He has served as Adalah’s General and Legal Director since its establishment in 1996. He has 25 years of experience in litigating scores of landmark constitutional law cases before the Israeli Supreme Court on issues of discrimination, political rights, land rights, and economic and social rights on behalf of Palestinian citizens of Israel as well as humanitarian cases involving the protection of Palestinian civilians living under occupation in the OPT. He is an Adjunct Lecturer for a course that he initiated on the legal status of the Arab minority in Israel in the Faculties of Law at Tel Aviv, Hebrew, and Haifa Universities since 1998. He has received several awards for outstanding public interest lawyering and top human rights law prizes. Hassan was a Yale World Fellow in 2005-2006 and a Senior Robina Law Fellow at Yale Law School in 2012-2014; and a research fellow at the Wissenschaftskolleg in Berlin in 2015-2016.

Professor Fionnuala Ní Aoláin is concurrently the Regents Professor & Robina Chair in Law, Public Policy and Society at the University of Minnesota Law School and Professor of Law at the University of Ulster’s Transitional Justice Institute in Belfast, Northern Ireland.  In 2017 she was appointed to the mandate of UN Special Rapporteur for the Promotion and Protection of Human Rights while Countering Terrorism.  Professor Ní Aoláin is the recipient of numerous academic awards including a Fulbright scholarship, the Alon Prize, the Robert Schumann Scholarship, a European Commission award, and the Lawlor fellowship. She has published extensively in the fields of national security, conflict regulation, transitional justice and sex based violence in times of war. Ní Aoláin was a representative of the prosecutor at the International Criminal Tribunal for the Former Yugoslavia at domestic war crimes trials in Bosnia (1996-97). In 2003, she was appointed by the Secretary-General of the United Nations as Special Expert on promoting gender equality in times of conflict and peace-making. In 2011, she completed a Study on Reparations for Conflict Related Sexual Violence for the OHCHR and UN WOMEN.   She has served as an Expert Consultant for the International Criminal Court and the Council of Europe. Her book Law in Times of Crisis (CUP 2006) was awarded the American Society of International Law’s preeminent prize in 2007 - the Certificate of Merit for creative scholarship. Her book On the Frontlines: Gender, War and the Post Conflict Process was published by Oxford University Press (2011) and Guantanamo and Beyond: Exceptional Courts and Military Commissions in Comparative Perspective with Oren Gross was published in 2013 by Cambridge University Press.  She has held Visiting positions at Harvard Law School, Columbia Law School, Princeton University, and The Institute of Advanced Studies at the Hebrew University (Jerusalem). She was appointed to the Executive Council of the American Society of International Law in 2010 for a three-year term.   She serves on the Boards of the Center for Victims of Torture, the Georgetown Institute for Women, Peace and Security, IOM and Christian Aid (Ireland). In 2016 she was elected to the American Law Institute.

Professor Yifat Gutman is a Senior Lecturer in the Department of Sociology and Anthropology at Ben-Gurion University of the Negev. She holds a Ph.D. in Sociology from the New School for Social Research in New York (2012). Her current research follows the global proliferation and local implementation of reconciliation discourses in and after conflict in Eastern Europe and the Middle East. Another comparative project examines national memory laws that criminalize critical perceptions of the past in Europe and Israel. She is the author of “Memory Activism: Reimagining the Past for the Future in Israel-Palestine” (Vanderbilt University Press, 2017) and co-editor of the volume “Memory and the Future: Transnational politics, ethics and society” (Palgrave Macmillan, 2010).

The program of Transitional Justice
The Faculty of Law
The Hebrew University of Jerusalem
Mt.Scout 9190501
Jerusalem
Transitional.Justice@mail.huji.ac.il